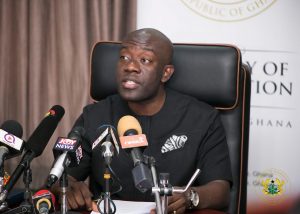 The Minister for Information, Kojo Oppong Nkrumah, has given assurance that the government will lift the curfew imposed on the Yendi township after the outdooring of the new Yaa-Naa, Abubakari Mahama II.

According to him, the curfew was only temporary as it was to ensure that security within the area especially before and during the key processes for the selection of the new Dagbon overlord were properly managed.
Speaking to Citi News, Kojo Oppong Nkrumah said the government intends to lift the curfew after today’s outdooring process to ensure that more development comes to Yendi. 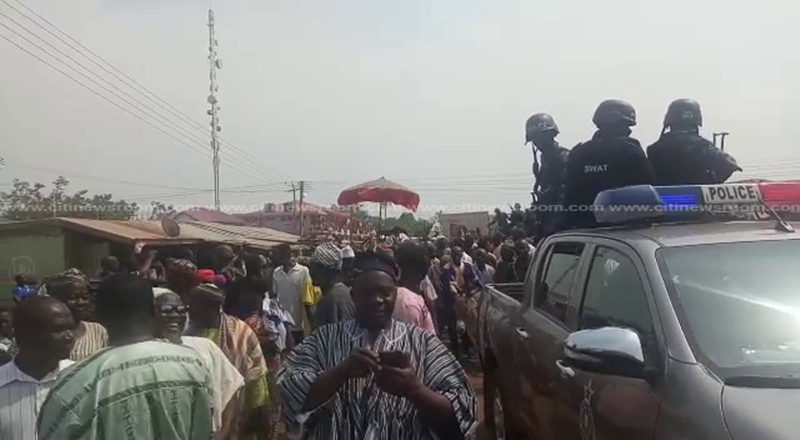 “The curfew is temporary. We do not expect the curfew to continue. It was for few days to ensure that in the key moments the security situation was firmly managed. It is our expectation and from my understanding that the curfew ends today and from tomorrow, there will not be any curfew in this place and we can all move forward with the development that we are looking for.”
The Information Minister commended the people of Yendi for generally ensuring peace before and during the selection of the new Yaa-Naa, but said the security agencies are on alert to deal with persons who may undertake any illegal activity.
“They [Yendi residents] have complied, but we had some deviants who put up untoward behaviours, but the security agencies are firm and will not countenance any illegality by any person,” he said.
The imposition of a curfew on Yendi has been a major source of worry for some residents as they say it is affecting their businesses.
The town is currently under a 5pm to 7am curfew although it has previously been under a 6pm to 6am curfew.
The Chairman of the planning committee for the investiture of the new Yaa-Naa even had the cause to complain over the matter.
[youtube https://www.youtube.com/watch?v=Xxw3F9FjU9s]
A resident who spoke to Citi News said they fear a stagnation of economic activity should the curfew continue. They say calm has been restored and the curfew must thus be lifted.
“This curfew issue is making the people get fed up of NPP because there is no fight here. I don’t know why this curfew is still there,” a resident said.
Another resident said, “it is affecting us, night businesses have been affected. Those who sell tea and all that at night can no longer do it.
A resident also feared there may be an outbreak of CSM should the curfew continue.
“We are even fearing that if this curfew continues, there may be an outbreak of CSM due to the heat indoors,” he said.
–
By: Jonas Nyabor & Mina Dablu | citinewsroom.com | Ghana

Journalists encouraged to be focused despite the murder of Investigative Journalists, Ahmed Hussein