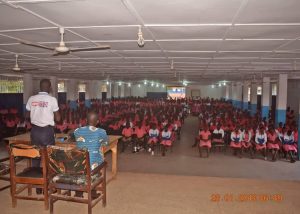 Foundation Against Drug Abuse – Ghana, commonly known as FADA – GH, a youth advocacy and a non profit organisation, with the sole aim of mobilizing individuals from all walks of life to effectively fight against the abuse of drugs among the Ghanaian youth through health education programmes and counselling services, has  engaged students of the Navrongo Senior High School (NAVASCO) in the Upper East Region.
As part of the Foundation’s mission of creating awareness on the negative impact of drug abuse on the individuals’ health, the society and country at large, the CEO of FADA GH Mr. Alika Gabriel, who is a Physician Assistant student, has decided to tour both the Northern  and Southern sectors of the country of the country to spread the message to the masses. 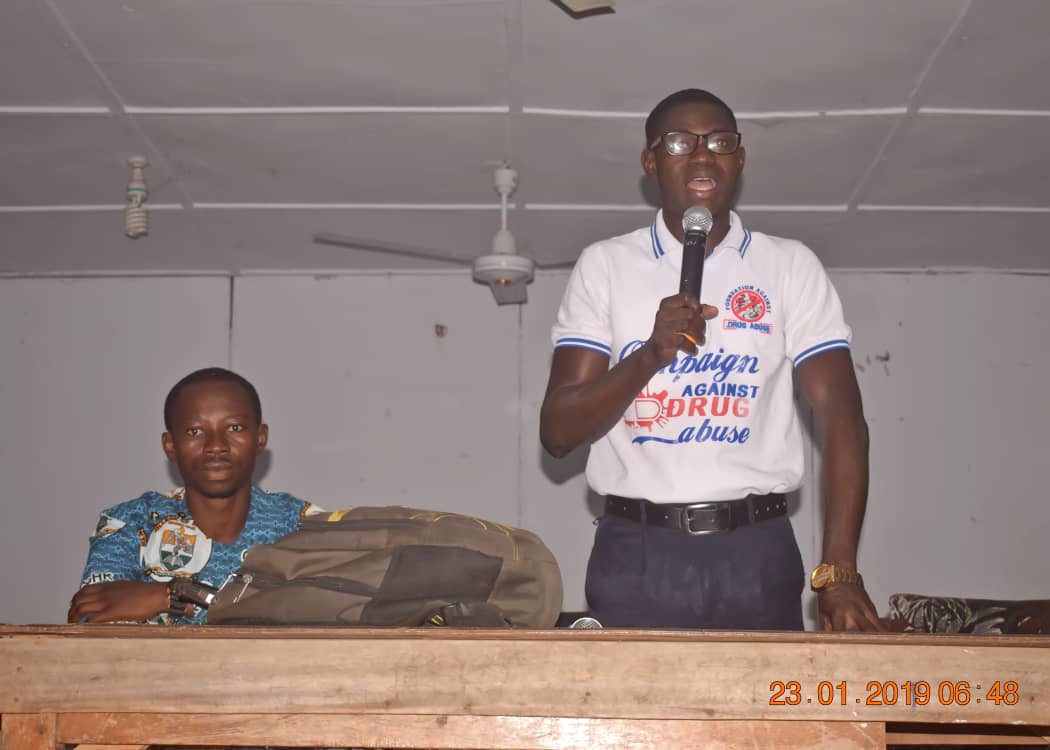 In view of this, the commencement of the northern sector tour was observed in NAVASCO where the Mr. Alika Gabriel together with some members of the Foundation embarked on a health education programme to give a health talk on drug abuse on the 23rd of January, 2019.
The audience comprised students, teaching and non-teaching staff of NAVASCO.
In his address, he talked about a wide range of subjects relating to the abuse of drugs touching on the term drug abuse where emphasis was placed on the drug called Tramadol, which is of late the most commonly abused drug among the youth.
He had said Tramadol, also known in the market as Ultram or Ultracet,  is an opioid prescription that relieves pain and is used for the treatment of moderate pain. It’s actions of mechanism in the body is characterized by the inhibition of the mu-opioid receptor, and also inhibition of the re-uptake of serotonin and norepinephrine in the brain. He made a clear statement which indicates that once an individual takes in a drug under no prescription thus usually self medication leading to the misuse or wrong application of the drug, then the drug has been subjected to abuse.
Mr.Gabriel Alika , also made known to his audience the consequences or effects of abusing drugs where he had stated that, the effects of drug abuse can be classified into either long-term effects or short-term (immediate) effects.
He indicated that, though Tramadol itself inhibits the mu-opioid receptor,  it’s metabolites have stronger affinity to the mu-opioid receptor leading to some desirable effects such as analgesia, euphoria, lack of inhibition, and mellowed effects. Undesirable effects such as nausea, drowsiness, appetite loss, dizziness, insomnia, excessive sweating, and vomiting may also occur, and these are classified as the immediate effects.
He added that, if a drug user constantly practices the use of the drug over a period of time and develops resistance or tolerance to the drug, then the user in order to achieve the desirable effects of the drug may subject himself or herself to an overdose or basically an abuse of the drug. 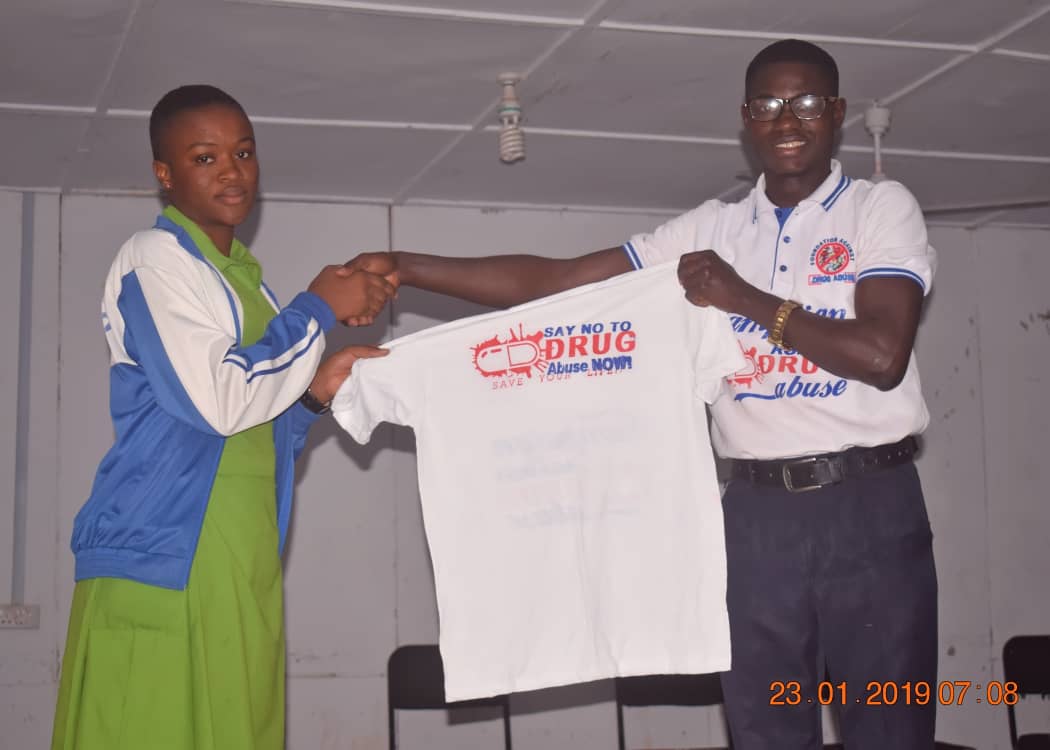 When this occurs, certain long-term effects such as neurological toxicity which may result in comas and seizures, respiratory failure, mild cardiovascular disruptions leading to hypertension and tachycardia, and serotonin syndrome which is characterized by a marked increased concentration of serotonin in the synapses between neurons in the brain, may be observed.
He also made mention of some general cause of drug abuse where he talked about curiosity, peer influence, ignorance, over dependency among others.
He also talked briefly on the relationship between addiction and mental health, where he made mention of the increased prevalence of substance abuse in patients reporting mental health conditions such as depression and anxiety, and also the experiencing of hallucinations while using or withdrawing from a drug, presenting more of a psychiatric crisis instead of addiction crisis due to overlapping symptomatology.
Mr. Alika finally urged all individuals present to abstain themselves from the use of unprescribed drugs and also abuse of drugs, while encouraging those already in the practice to put a stop to it in order to embrace a healthy lifestyle.
In leaving their footprint behind, the FADA GH team presented the senior girls’ prefect of the school with a FADA GH branded attire, and also made her the Campaign Ambassador in the school.
–
By: citinewsroom.com | citinewsroom.com | Ghana

Platform to Weed Out Scam ICOs and Help Inventors Thrive

Eight to face court for invading Shaanxi mine