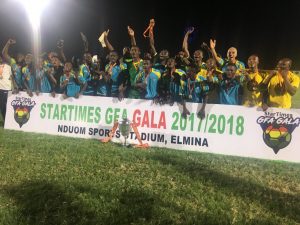 Ghana Premier League outfit Wa All Stars have denied reports of a takeover by former Fulham defender John Paintsil.
Rumours emerged in the local media Wednesday that the club had been acquired by the former Ghana international and was set to be relocated from its original base, Wa in the Upper West Region.
This comes on the back of a decision by club owner and bank-roller Kwesi Nyantakyi, the erstwhile Ghana Football Association president who is currently serving a lifetime ban by Fifa, to relinquish his role and management of the club to a Wa indigene over a period but no one could step forward, club sources say.
But a club statement signed by Operations Manager Nana Obiri Yeboah says “there is no truth” in the reports of a takeover by Paintsil.
“The club has received approaches from potential investors proposing various forms of investment in the club.
“However, there has been no agreement with any interest group about a takeover or partnership,” portions read.
Nyantakyi formed Wa All Stars in 2005 and two years later, they qualified for Premier League football and have maintained the status since then. In the 2015/16 season, the Northern Blues defied all odds to become Ghana Premier League champions for the first time.
–
Source: Footy-ghana.com

Yaa Naa rides to Yani: A saga of restoration [Article]

17 miners have died so far from the Gbane mining accident