The Talensi District of the Upper East Region has won three out of ten awards in land restoration at the just-ended Beating Conference, held in Bamako-Mali.
The awardees were rewarded for their commitment to the implementation of the Farmer Managed Natural Regeneration (FMNR) project, an initiative by World Vision Ghana to reclaim degraded lands in the area.
Chief of Tongo-Beo, Naba Naabia Anaba Bileya-Namalteng was given a prize for Male Excellence in Land Restoration, while Topok Saparoog from Yagzore won the Female individual Restoration Champion award.
The Yameriga community was adjudged Excellence in land innovation restoration while World Vision Ghana adjudged NGO Restoration Supporter Award-Excellence in land restoration.
Speaking at a community durbar in Tongo-Beo to showcase the impact of the project, Regional operations manager of WVG, Timothy Akanpaabade said the FMNR project, which started in 2009, has secured 750 acres of protected lands and increased trees population on farmlands by 1,500 acres in the Talensi district.

He admonished other districts to adopt the FMNR initiative which involves organized regrowth and management of trees and shrubs from felled tree stumps.

“Under the project, 700 women have been supported with goats to rear while 640 farmers have also been trained in beekeeping as income generating ventures for the rural poor.
“The project has contributed significantly to combating poverty and hunger among subsistence farmers by increasing food yield and resilience to climate change extremes.”

Mr. Akanpaabade called on traditional leaders and the Talensi district assembly to enforce all environmental by-laws to save the environment from degradation.
He also appealed for the connection of the Kanabisi and Sheage shea butter processing centers to the national grid to commence operations. 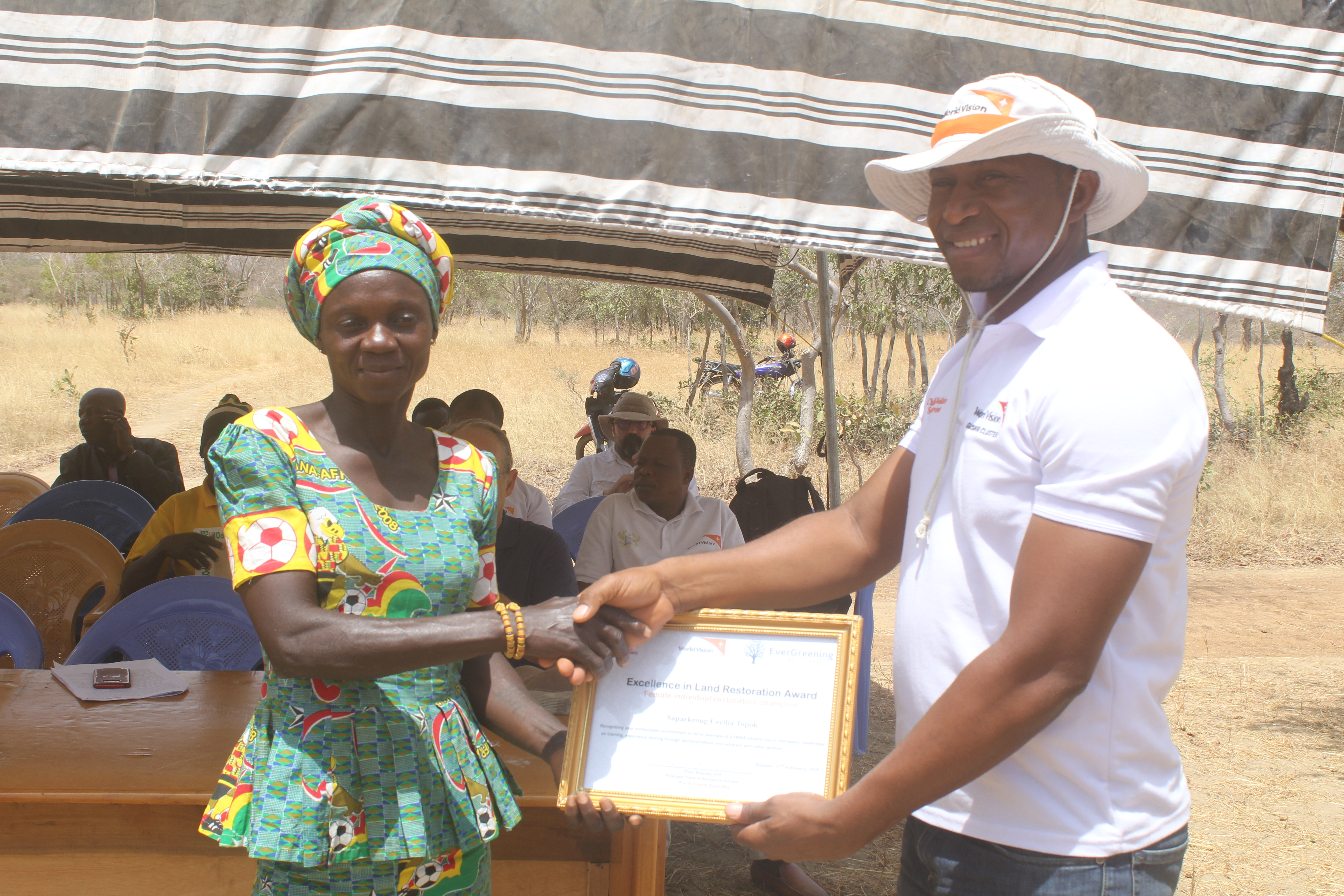 Mr. Roland Bunch spoke on behalf of Tony Rinaudo, who introduced the FMNR project and commended WVG and the beneficiary communities for their hard work to make the project a success.
He urged the country to adopt the project as a sustainable approach to combating the negative impact of climate change.

For his part, chief of Tongo-Beo, Naabia Anaba underscore the benefits of the project to his traditional area saying “the project has led to high crop yield, provide pasture for our animals and bush burning has become a thing of the past”.

Upper Westerners Don’t Support their Own

Upper Westerners Don’t Support their Own

Dressing appropriately is key in branding – Becca to celebrities