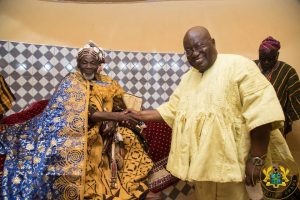 President Nana Akufo-Addo has said the new overlord of the Dagbon Traditional area is a man who is in a position to bring lasting peace to the traditional area.
According to the President, Yaa-Naa Abukari Mahama II, can rally all feuding factions together for the development of Dagbon.
Speaking at a meeting with members of the Diplomatic Corps, President Akufo-Addo said the long-awaited peace has finally come to Dagbon.

“The Yaa-Naa Mahama Abukari the second is an experienced matured man who I am confident will succeed in promoting the reconciliation of the people of Ghana. This should be the harbinger of accelerated growth and prosperity for the area and our nation.”

The coronation of Yaa-Naa Abukari Mahama II came off on Friday, January 25, 2019, after nearly two decades of conflict in Dagbon over the skin.
The Yaa-Naa himself promised to diligently serve his people and ensure fairness when he was enskinned at a colourful ceremony held at the at the forecourt of the Gbewaa Palace. 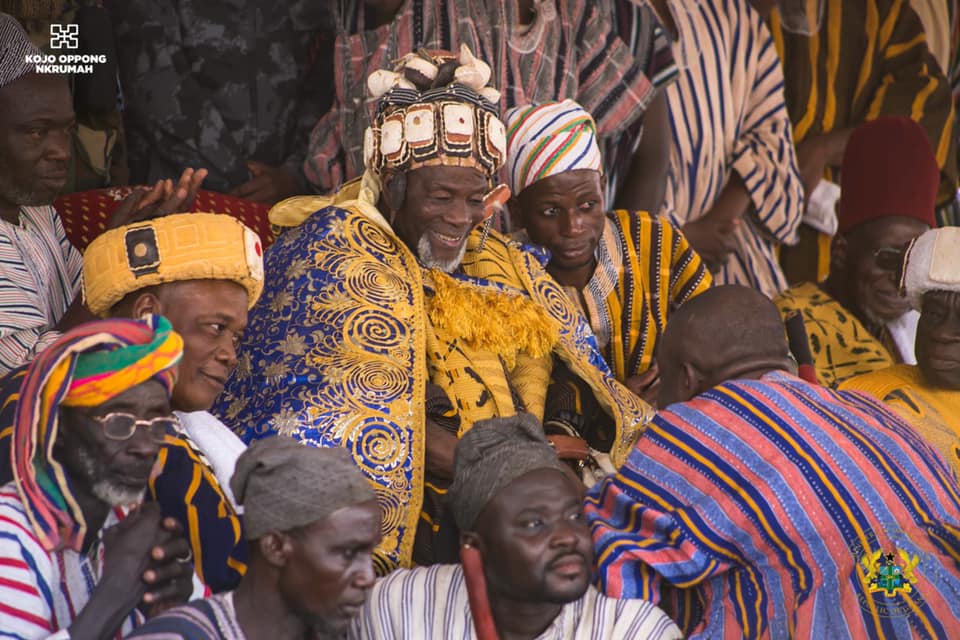 Yaa-Naa Abukari, the 42nd overlord of Dagbon, said he will strengthen the good and friendly relations within Dagbon as well as neighbouring communities to forestall further conflicts.
“After 15 years of hard work and compromises by the Committee [of Eminent Chiefs] and conflicting parties, the Abudu and Andani families agreed for the investiture of what we are seeing today.”
“Let me assure all the people of Dagbon [that] for the rest of my active life, long or short, I will be devoted to the service of Dagbon. I shall endeavour to uphold the dignity and pride of Dagbon. I shall uphold the customs and traditions of Dagbon. I shall strengthen the good and friendly relations Dagbon has with all of its neighbours and beyond,”
He will be expected to oversee the replacement of the Mion Lana, Kari-Naa, and Yoo Naa, which are major gates in Dagbon that are vacant following recent developments.
–
By: Sammi Wiafe | citinewsroom.com | Ghana