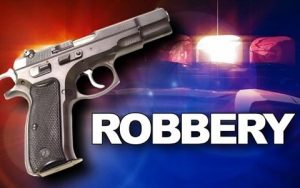 Twelve armed men on Wednesday attacked 49 passengers who were travelling from Bolgatanga in the Upper East Region to the Greater Accra Region in a VVIP Bus.
The robbers absconded with an unspecified amount of money, passports, mobile phones, other personal belongings, and also inflicted gunshot and cutlass wounds on some of the passengers.
Chief Inspector Augustine Kingsley Oppong, the Brong-Ahafo Regional Police Public Relations Officer confirmed this to the Ghana News Agency (GNA) in Sunyani.

He said the bus with registration number GT5258-17, was attacked at Abodweser, a location between Buipe in the Northern Region and Kadelso near Kintampo in the Brong-Ahafo Region.
He said at about 2245 hours that day, a 43-year old driver of the bus, Jamiu Shaibu, reported to the Kintampo Police that they had been robbed at a section of the road by armed men with SB short guns and cutlasses.
Chief Inspector Oppong said the robbers blocked the road with timber logs and clubs to rob the drivers and passengers in turns whilst shooting indiscriminately.
He said the Kintampo Police Patrol Team rushed to the scene, but the robbers had already escaped.
Chief Inspector Oppong said while the Police Patrol Team was about to leave the scene, a suspected member of the robbery gang, Sulley Gonja, emerged from a nearby bush on a motorbike, and was arrested to assist in Police investigations.
He said two victims, George Anglo and Emmanuel Yeboah, who sustained gunshot and cutlass wounds respectively, were rushed to the Kintampo Municipal Government Hospital for treatment.
Chief Inspector Oppong appealed to the public to help the Police with the necessary information that could lead to arrest of the suspects.
–
Source: GNA

Myanmar to host tourism expo at the end of 2018