When Robert Tools received the self-contained artificial heart in July 2001 at Jewish Hospital in Louisville, Ky., in the U.S., there were rumours that he had been used as a guinea pig because he was black.

But a month after his landmark heart surgery, Tools, who had then been hiding his identity from the public for privacy reasons, held a news conference to debunk such claims, saying that he volunteered for the experiment ‘‘because I knew I had one more chance to survive.”

”I realize that death is inevitable,” he added.

The diabetic 59-year-old former telephone company worker and teacher, before receiving the artificial heart, was reported to have been bedridden from end-stage heart failure.

According to an article by the New York Times, he had “lost more than 50 pounds, mostly muscle, and had difficulty even raising his head. Heart attacks had left such extensive scarring that the two main pumping chambers of his heart were failing badly, and his lungs were full of fluid.

“A formula used to predict survival in heart failure patients showed that statistically, Mr Tools had an 80 per cent chance of dying within 30 days.”

He had then moved to Kentucky five years ago from Colorado hoping to receive a regular heart transplant but was turned down because he was said to be very sick.

His only option then was the AbioCor artificial heart that is self-contained, with an internal battery.

This was a vast improvement of a previous mechanical hearts that had wires and tubes that stuck out of the chest and connected to a power source.

See also  Safety Brief: LP Gas Safety – If you smell it, switch it off!

After receiving the device, doctors said that Tools made a recovery that was above what they expected, as he regained some weight and muscle tissue. 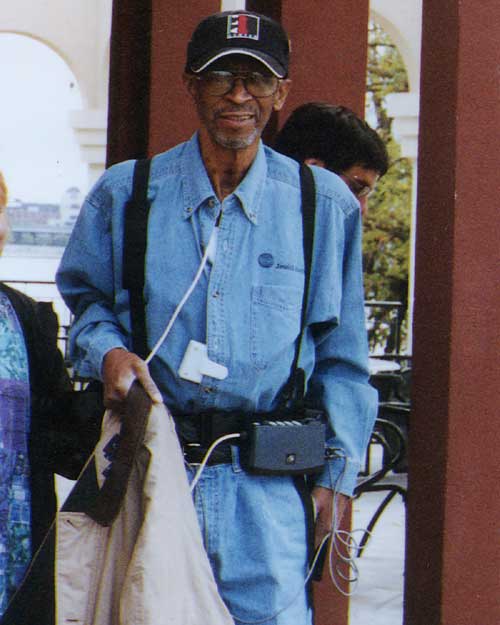 The equipment in his chest weighed more than four pounds, according to the New York Times, and made a constant whirring sound but Tools said: ”as long as I can hear the sound, I know I am here,” adding that at least he preferred that to death.

Tools, by late September, had gained enough strength that he was able to go about normal duties at the hospital such as taking a walk to his favourite hangouts.

Doctors were even hopeful that he could be released by Christmas but then complications began.

Dr. Robert D. Dowling, one of his doctors had already warned that these complications could occur. 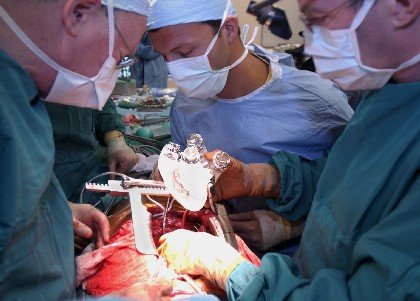 A few hours after Tools was operated on, he had to be taken back to the operating room to stop bleeding in his chest, which the doctors said was due to some loose stitches.

Tools subsequently began bleeding from his nose and stomach and had to go through many blood transfusions.

Since he was bleeding, doctors could not prescribe sufficient amounts of anticoagulant drugs in order not to cause the formation of blood clots in the device.

It was explained that “pieces of such clots can break off and be carried by the blood to lodge in the brain and cause a stroke.”

After surviving for five months with the artificial device, Tools passed away on November 11, 2001, due to complications following bleeding in his abdomen.

His kidneys and liver failed and his blood pressure dropped, resulting in his death. Doctors said that while taking an anticoagulant, Tools had bled spontaneously into the area behind the lining of the stomach and intestines.

He subsequently suffered a major stroke that paralysed the right side of his body and doctors stated that this was due to a blood clot that may have come from the artificial heart.

The AbioCor device was removed in an autopsy for it to be carefully examined to get the exact origin of the stroke. 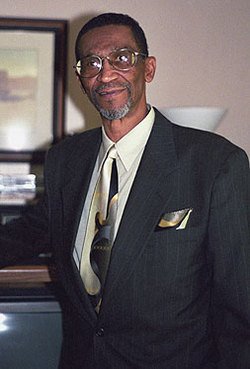 Tools was born in Mobile, Ala., and graduated from high school in Tampa, Fla. He was a member of the Marines Special Forces during the Vietnam War, and his final job had been with US West Communications in Denver.

The married man with two children was said to be a happy and fun-loving person who also “just real upbeat and positive,” according to his neighbours. 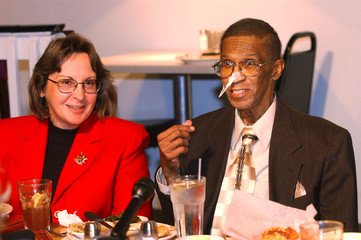 Robert Tools having lunch with his wife — Adobe Stock

AbioCor is currently no longer available after it got limited approval from the US Food and Drug Administration in 2006, according to reports.

It was implanted in just 15 people and having the size of a grapefruit, it was too large to fit in children and many women.

Only one artificial heart is said to be currently available in the US.

And as many more people continue to wait for heart transplants, researchers are hoping to build a fully artificial heart within the next five years.

Six miners dead after explosion in mining pit at Talensi

Fitbit's first smartwatch can now make payments in the UK

Aw, this was an incredibly good post. Taking a few minutes and actual effort to make a great article… but what can I say… I hesitate a lot and don’t seem to get
nearly anything done.