Togbi Sri III, the Awoamefia of Anlo, has congratulated the Savelugu Naa, Alhaji Abubakari Mahama II on his enskinment as the overlord of the Dagbon Kingdom.
Alhaji Abubakari Mahama II was selected as the new Yaa-Naa of Dagbon last week after the funeral of the Yaa-Naa Yakubu Andani II, who died in 2002.
Togbi Sri also extended congratulations to the Asantehene, Otumfuo sei Tutu II, who headed the committee of eminent kings that mediated the Dagbon chieftaincy dispute between the feuding Andanis and Abudus.
“I also wish to congratulate his royal highness Asantehene, Otumfuo Osei Tutu II, and the past and successive governments, the Abudu and Andani Royal Families and the chiefs and people of Dagbon for the successful resolution of the chieftaincy crisis that plagued the Dagbon Kingon for such a long period of time.”
He expressed hope that the enskinment of the new Yaa-Naa “will bring peace, development and prosperity to the Dagbon Kingdom for such a long period of time.”
Togbi Sri added that he hoped this development will also bring renewed collaboration between the Dagbon, Asante and Anlo kingdoms. 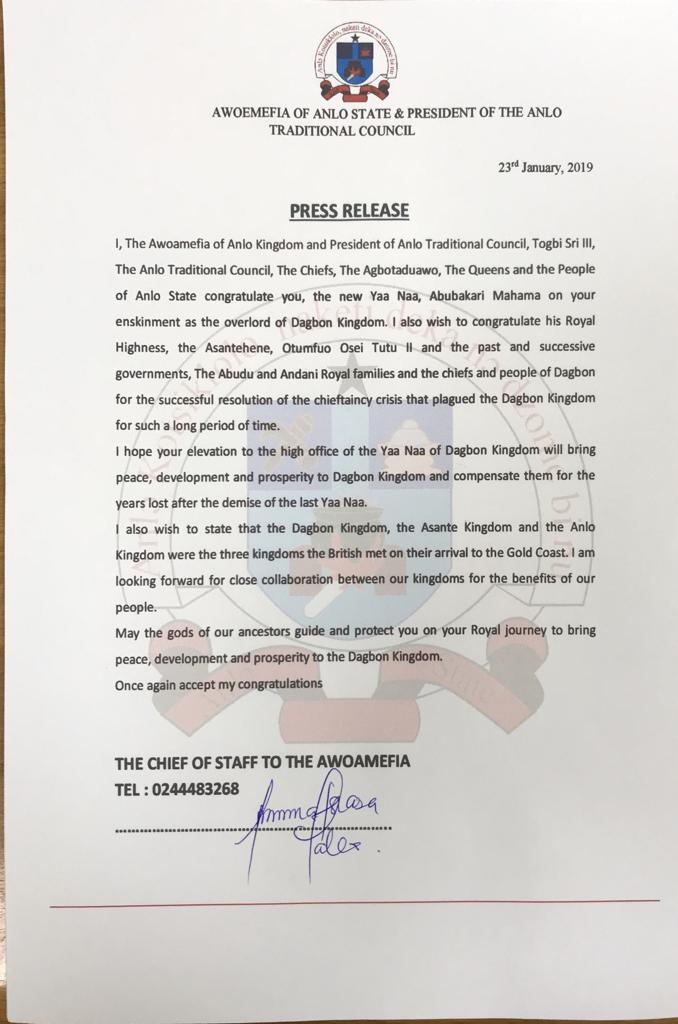 Gadgets | Would You Strap On A VR Headset For Hours?

From a Cow Boy To a Citi TV Journalist, The Story Of How Umaru Sanda Transformed