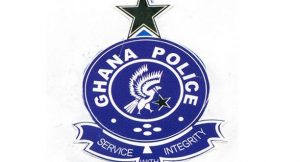 Two of the three persons who were arrested in connection with the murder of Joseph Miigaai Jakperuk, the Accra East Deputy Distribution Manager of Ghana Water Company Limited  (GWCL) have been granted police enquiry bail
According to the Police, the third suspect has been remanded in police custody to assist with further investigation of the Mr. Jakperuk’s death.
Joseph Miigaai Jakperuk, was shot and killed at Gbangu in the Northern Region, by some unknown persons at Gbangu while traveling with his three other colleagues.
In an interview with Citi News, Northern Regional Police Public Relations Officer DSP Mohammed Yusif Tanko, called on the general public to assist with the investigations.
“Three persons were arrested in connection with the death and robbery that involved the manager. Zakaria, one of the three persons have been remanded to in custody assist with further investigations.  So investigation into this matter is still ongoing and when we have any information we think we can share with the public we can do that.”
“For now, we are appealing with anyone who has any information that can assist us to get in touch with us”, he added.
Background
Joseph Miigaai Jakperuk, 40, was shot and killed by some unknown persons at Gbangu.
The deceased and his three colleagues were travelling on board two vehicles but none of them was harmed.
The body of the deceased has since been deposited at the Tamale Teaching Hospital mortuary pending autopsy.
Reports indicated that the unknown gunmen blocked the Gbangu Road with wood and ordered a vehicle driven by the Deputy Distribution Manager of GWCL in Accra East Region to stop.
The unknown gunmen subsequently opened fire and killed him on the spot.
Meanwhile, close relatives of the deceased are suspecting foul play in the murder of their relative.
–
By: Nii Larte Lartey & Minna Dablu | citinewsroom.com | Ghana

Sheaga Community and others worried over absence of Telecommunication networks

3 drown after downpour in Bole

The iPhone 8 May Be Bigger Than The iPhone 7, Its Predecessor

Denfense Minister has no hand in Chereponi Conflict – Salifu Saeed