At least 2000 pupils in the Tolon District of the Northern Region now have furniture in their classrooms to enhance teaching and learning.
This is because the Ghana National Petroleum Commission (GNPC) has presented an initial 1000 dual desks to selected schools in the district, with a promise of adding an additional thousand in the coming months.
The educational system in Ghana is heavily constrained and it is worsened by the lack of basic infrastructure as hundreds of rural schools are without teaching and learning materials as well as basic educational infrastructure such as desks and school buildings.
The five regions of the north, which are the most under-developed in the country, are the hardest hit.
The District Chief Executive for Tolon, Balchisu Yakubu, in an interview with Citi News, revealed that over 24,000 pupils in the District had no desks.
“We conducted a survey and saw a deficit of 1000 furniture. Pupils sit on floors to write. However, we are going to flood some of the classrooms with the furniture we have received so that the children will feel comfortable to learn.”
“The situation also affects teachers as they do not have furniture to use. So we are appealing for more,” he added. 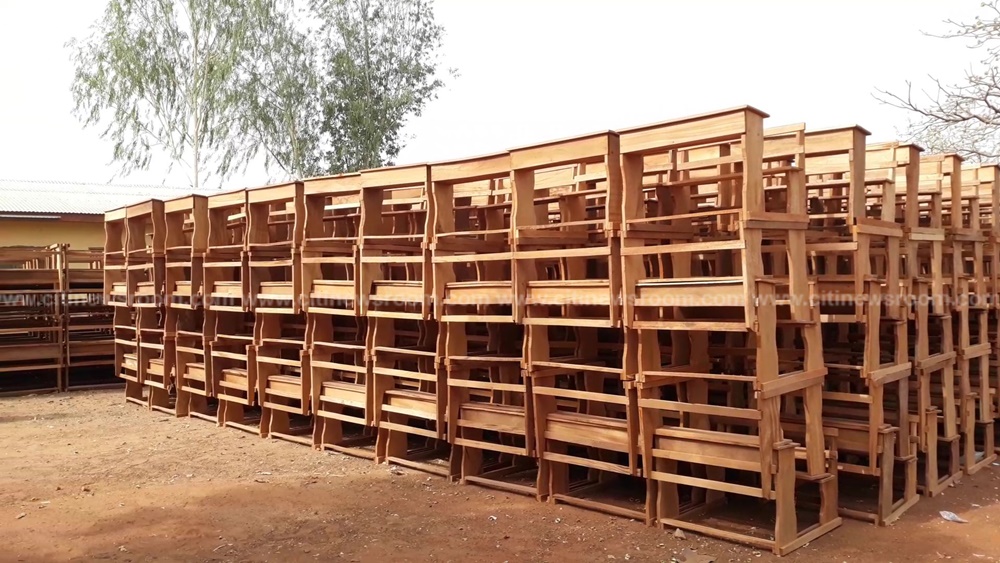 The Regent of Tolon, Major Abukari Sulemana recently made an appeal to the Ghana National Petroleum Commission (GNPC) to help fill the infrastructural gap in education in the area.
The Commission has now responded with an initial presentation of 1000 dual desks for pupils in the area.
The CEO of GNPC, Dr K. K. Sarpong, gave the assurance that the Commission will ensure equitable distribution of the oil revenue.

“I felt the need to let the impact of the oil revenue spread across the country. Embolden by my vision, education is very important because development evolves on education.”

The CEO and his entourage also visited and inspected a three-unit classroom block at the Tolon Senior High School and Dr Sarpong further commissioned two boreholes for Zoggu, a community in the Nantong District.
He also promised to provide 120 boreholes.
–
Diana Ngon | citinewsroom.com | Ghana

The Scary Reason Healthy People Die After an ER Visit

2 In Police Custody For Stealing Hand Sanitizers, Liquid Soap Among Others At Mbanaayili Primary School