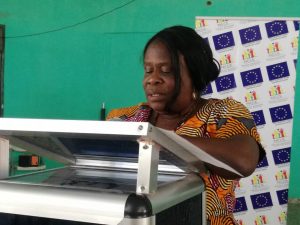 The Upper West Regional Director of the National Commission for Civil Education (NCCE), Madam Patience Sally Kumah, has bemoaned the high level of indiscipline among the youth in relation to the wrong usage of drugs such as tramadol and codeine.
She said the usage of these drugs could be detrimental to the health of users when they are taken on self-medication.
The NCCE Regional Director who could not provide figures to the menace said last year, the Regional Directorate of the Ghana Education Service complained about the abuse of tramadol and codeine among pupils at both Basic and Junior High School levels in the region.
Madam Kumah said many pupils unknowingly believed that the two drugs could enhance their learning capabilities, but did not comprehend that the abuse of the drugs was rather harmful to their health and learning capabilities.
According to medical experts, excessive intake of tramadol or codeine could cause infertility, distort menstrual cycles, impotence, sexual problems, and shallow breathing among others.
Madam Kumah raised this concern at the 2018 Regional Project Citizen Showcase Competition at Saint Francis Girls Senior High School at Jirapa.
The European Union sponsored the project, which empowered the youth on Public Accountability with focus on anti-corruption, rule of law and accountability.
The aim was to help contribute to a reduction in corruption and improve accountability and compliance with the rule of law to promote good governance in Ghana.
Madam Kumah urged members of the NCCE Project Citizen Showcase Competitions as well as other students to educate their social groups and classmates on the need to stay away from the abuse of tramadol and all other drugs that were dangerous to their health.
A Deputy Director in charge of operations at the headquarters of the NCCE, Mrs. Gladys Osman, said empowering the youth in civic education was crucial to Ghana’s democratic development.
She said fighting corruption and uprooting same was a collective responsibility, and that the youth are an important and influential group that could make great strides when engaged in the anti-corruption drive.
Mrs. Osman urged members of the Project to serve as anti-corruption ambassadors wherever they find themselves, and also endeavour to inculcate anti-corruption values such as patriotism, honesty and integrity in the people.
“The NCCE believes that the youth can make a difference in the fight against corruption as they bring on-board new attitudes to the achievement of a corruption free society by holding duty bearers and public officers accountable”, she noted.
The Project Citizen is an interdisciplinary programme that applies learning to real world issues which identifies strategic ways of solving problems.
Six senior high schools, namely Saint Francis Girls Senior High School, St. Francis Xavier Seminary, Lawra Senior High School, Nandom Senior High School, Queen of Peace Senior High School and Daffiama Senior High School participated in the competition.
St. Francis Xavier Seminary won the competition.
–
By: Mahama Latif|citinewsroom.com|latif.mahama@yahoo.com|@mahamalatif|Ghana

How to Travel Europe by Bus for Under $600

Teachers Are Not Poor; They Just Have More time to Spend their Income – U/W CAGA Secretary