[dropcap]T[/dropcap]witter is rolling out an update for its iOS and Android apps that should make using the service a bit easier for the visually impaired. 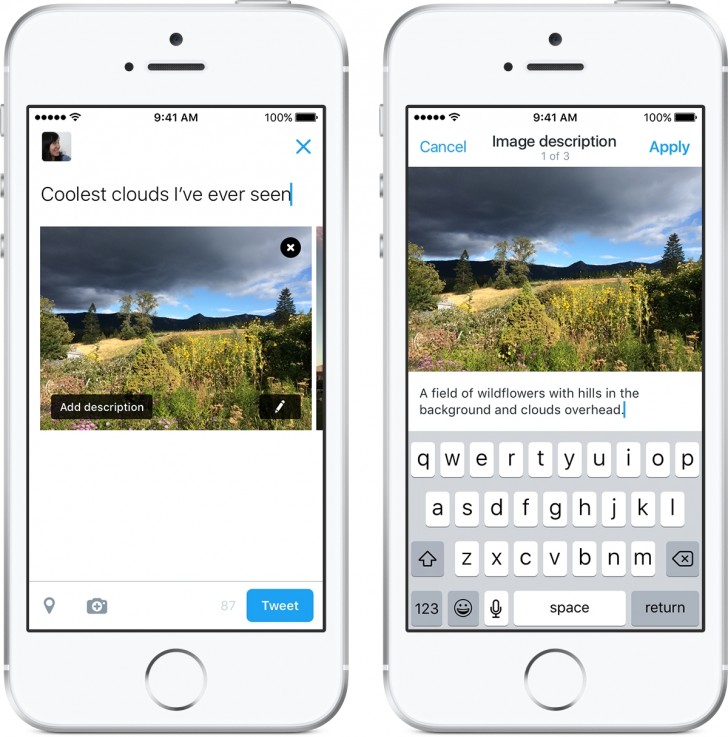 Starting today, users can now add descriptive or alternative text to images that they attach to their tweets. You get 420 characters, separate from the 140 for the tweet, to describe the image however you want. The text will then be read out by assistive technology or presented in braille on supported hardware, so the visually impaired can not just read the tweet but also get an idea of what the attached image is.
Twitter is also making this available to third party clients, which should be adding it in later updates.

See also  Highlight On The Attacks in Takpo
previous post