On September 22, 2008, the South African parliament convened to accept the resignation of President Thabo Mbeki.

Mbeki had officially stepped down on September 21 after calls by the ruling African National Congress for his resignation over allegations that he used the law-enforcement system to undermine Jacob Zuma’s chances of succeeding him. 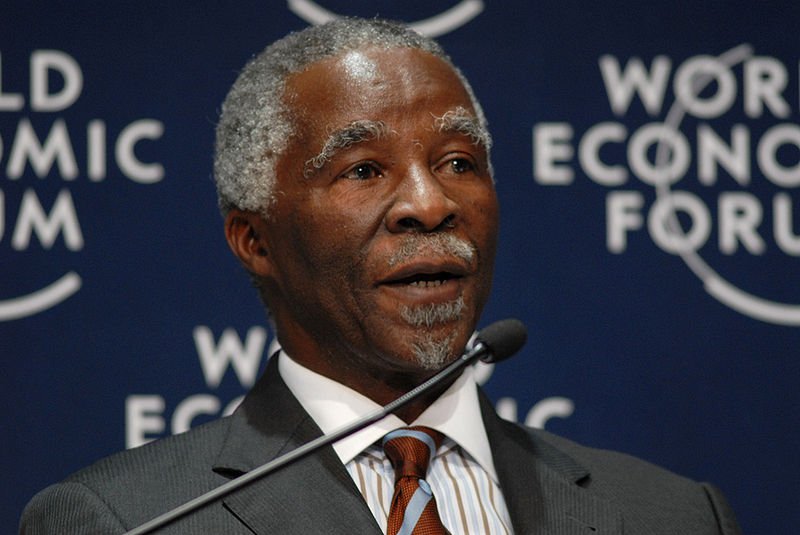 Interestingly, nine years later President Zuma would be forced out of the presidency due to corruption allegations.

While all these presidents were forced out of power, some African presidents made a personal choice to resign from their country’s top job for one reason or another.

Continue reading to find out which African presidents resigned by choice.

Over 20 wounded after illegal miners clash in Wa

Aw, this was a very good post. Spending some time and actual effort to make a top notch article… but what can I say… I put things off a whole lot and don’t seem to get anything done.

Thanks so much.
Sorry to know that but you can actually work on it. Just be determined and schedule your time very well.

Good info. Lucky me I found your site by chance (stumbleupon). I’ve book-marked it for later!

Aw, this was a very good post. Taking the time and actual effort to produce a good article… but what can I say… I put things off a lot and don’t manage to get nearly anything done.

Great information. Lucky me I discovered your site by chance (stumbleupon). I have saved as a favorite for later!

I’d like to thank you for the efforts you have put in penning this website. I’m hoping to check out the same high-grade content from you later on as well. In truth, your creative writing abilities has encouraged me to get my very own blog now 😉

Thank you so much

This is a topic that is close to my heart… Many thanks! Where are your contact details though?

Excellent article! We are linking to this great content on our website. Keep up the good writing.

Great post. I will be experiencing some of these issues as well..

Good post! We will be linking to this particularly great article on our website. Keep up the good writing.

Your style is very unique in comparison to other folks I have read stuff from. Many thanks for posting when you have the opportunity, Guess I will just book mark this page.

Right here is the perfect blog for anyone who hopes to understand this topic. You understand a whole lot its almost hard to argue with you (not that I actually would want to…HaHa). You definitely put a fresh spin on a topic which has been written about for a long time. Excellent stuff, just excellent!

Good site you’ve got here.. It’s difficult to find good quality writing like yours nowadays. I really appreciate people like you! Take care!!

Howdy! This post couldn’t be written any better! Looking at this post reminds me of my previous roommate! He always kept preaching about this. I’ll forward this article to him. Fairly certain he’s going to have a very good read. I appreciate you for sharing!

Very good blog post. I definitely appreciate this site. Stick with it!

You’re so interesting! I do not believe I’ve read through anything like that before. So great to find somebody with original thoughts on this issue. Seriously.. thanks for starting this up. This website is something that is required on the internet, someone with a bit of originality!

I want to to thank you for this very good read!! I definitely enjoyed every little bit of it. I’ve got you saved as a favorite to check out new things you post…

You are so interesting! I don’t believe I’ve truly read through a single thing like this before. So good to find somebody with original thoughts on this subject matter. Seriously.. thank you for starting this up. This website is one thing that is needed on the web, someone with a little originality!

This is a topic that is near to my heart… Best wishes! Exactly where are your contact details though?

It’s difficult to find experienced people for this topic, however, you seem like you know what you’re talking about! Thanks

Hi friends, nice post and good arguments commented at this place,
I am truly enjoying by these.

It’s nearly impossible to find knowledgeable people in this particular subject, however, you seem like you know what you’re talking about! Thanks

An impressive share! I have just forwarded this onto a co-worker who had been conducting a little research on this. And he actually ordered me lunch simply because I discovered it for him… lol. So allow me to reword this…. Thank YOU for the meal!! But yeah, thanks for spending the time to discuss this issue here on your web page.

I need to to thank you for this excellent read!! I definitely enjoyed every little bit of it. I have got you bookmarked to look at new stuff you post…

I love reading through a post that can make people think. Also, thank you for allowing for me to comment!

Fantastic goods from you, man. I’ve understand your stuff previous to
and you’re just too fantastic. I actually like what you’ve acquired here, certainly like what you’re stating and the way in which you say it.

You make it enjoyable and you still care for to keep it wise.
I cant wait to read much more from you. This is really a tremendous website.

Excellent site you have got here.. It’s difficult to find quality writing like yours nowadays. I truly appreciate individuals like you! Take care!!