Six persons have been arrested in connection with clashes that occurred in Yendi on Friday afternoon.
Some shops were closed down while several houses were burnt during the clash that left some persons injured.
Northern Regional Police PRO, DSP Yusif Tanko said the arrested persons will assist the Police in their investigations into the incident.
15 injured
DSP Tanko also indicated that about 15 persons had so far been injured in the clash.
“There were some incidents in Yendi this afternoon where shots were fired from different directions. Fifteen persons so far have sustained injuries, and we have also arrested six persons to assist in investigations, but as we speak now Yendi is calm,” DSP Tanko said.
This recent clash has led to a suspension of the funeral rites of the late Yaa-Naa Yakubu Andani II. 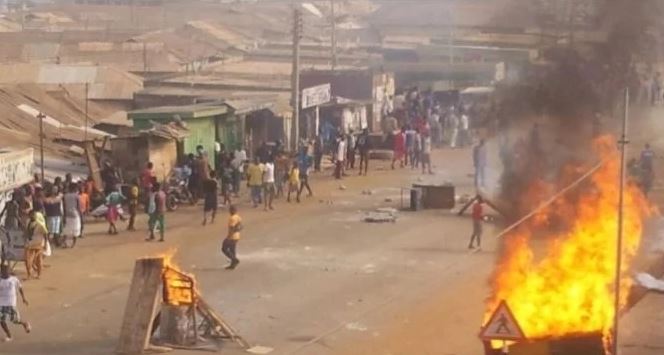 The funeral was also held up last Thursday after violence that left one person dead and three injured.
The Thursday shooting was started when the Chief of Sangnarigu was entering Yendi with his entourage ahead of the funeral of the late Yaa-Naa Yakubu Andani II.
While driving towards the Gbewaa palace, a section of the Youth of Yendi hauled stones at them smashing windscreens of vehicles sparking the gunfire.
–
By: Marian Ansah| citinewsroom.com| Ghana

Inflation in Upper West Hits 11.4%, Lorry fares the Cause

Why 5G will be far more life-changing than you think

Don't push your promotions on the artistes you feature – Article Wan