According to data shared by IHS Research analyst Kevin Wang, Oppo has dethroned Huawei to become the top smartphone player in China. The former sold 22 million smartphone units in the third quarter, compared to 18 million by the latter.
Not only Oppo, vivo also surpassed Huawei, recording a total of 19 million units in sales in Q3. 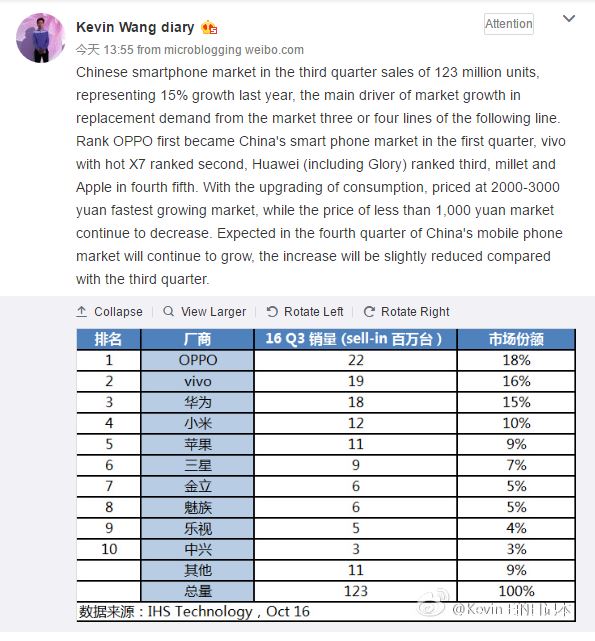 Safety Brief: LP Gas Safety – If you smell it, switch it off!