Over 600 rural women from the Kumbumgu district of the Northern Region who are involved in shea-butter processing can now have access to a modern processing centre.
The relief came after the US Ambassador Stephanie Sullivan inaugurated a shea processing centre in the area to support the Shea business in Northern Ghana.
Thousands of women in Ghana engage in shea-butter extraction as a source of income.
Despite its contribution, women in this industry still lack access to modern facilities to process nuts and store the butter.
To ease this burden, the United States Government through the U.S. Agency for International Development (USAID), has constructed a processing facility and warehouse in Gizaa-Gunda in the Kumbumgu district.
Speaking at the handing over ceremony, the US Ambassador to Ghana, Stephanie Sullivan said the move is to support the women live dignified lives.
“An investment in women is an investment in a nation, the shea industry represents one of the most promising opportunities to export unique and quality and crafty products made by Ghanaian women to the United States consumer market. The processing facility and warehouse is a clear example of the partnership of empowering women and strengthening communities” 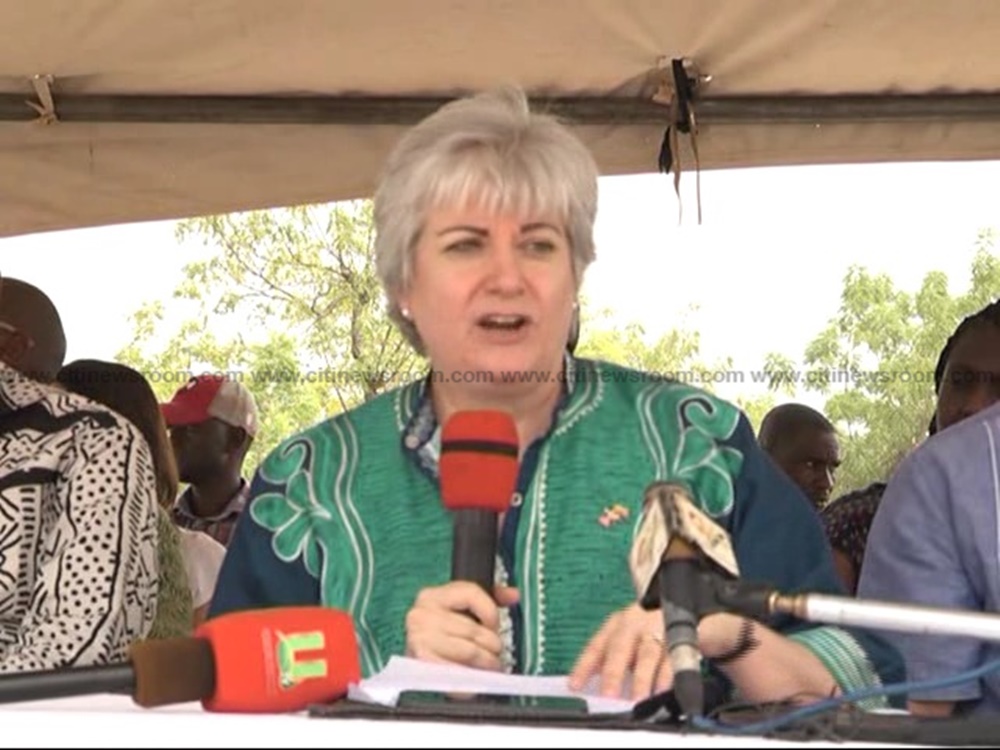 US Ambassador to Ghana, Stephanie Sullivan

The Gizaa-Gunda facility is one of 34 warehouses that USAID and Global Shea Alliance launched with communities and cooperatives in Ghana over the past three years, expanding opportunities for 30,000 women.
It is expected to deliver 250 warehouses across West Africa, facilitating more than $150 million in shea exports and benefiting more than 137,000 women.
The SSI was launched in 2016 by USAID in partnership with the Global Shea Alliance to develop the shea butter processing facility and warehouse was catalyzed by USAID and the Global Shea Alliance (GSA) and included partnerships with a U.S. cosmetics company, a local buying company (Savanna Fruits Company), Presbyterian Agricultural Services (PAS), and the local community as part of the Sustainable Shea Initiative (SSI) project. 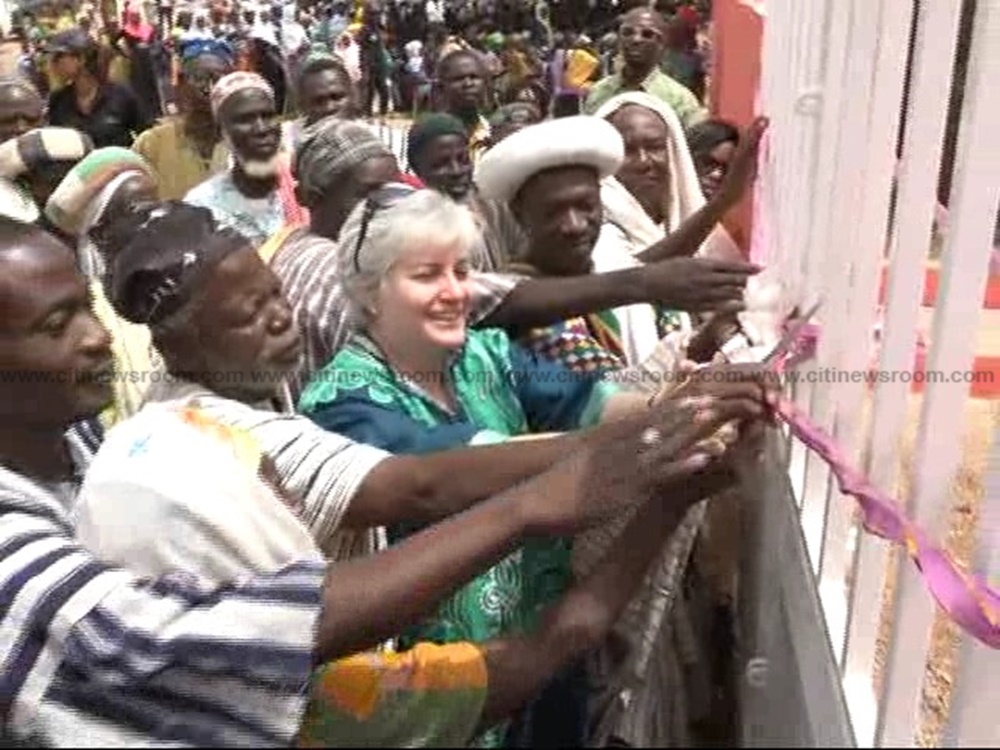 It is also part of an $18 million, five-year partnership funding project which seeks to promote the sustainable expansion of the shea industry in Ghana, Ivory Coast, Togo, and Burkina Faso.
The partnership matches USAID funds with the private sector and donor funds to provide needed skills training and infrastructure to support women shea collectors.
Speaking at the durbar, the District Chief Executive for the Kunbumgu, Alhassan Fatawu said this initiative will help improve the livelihood of women in his area.
He also assured his outfit will ensure effective management of the facility.
–
By: Diana Ngon | citinewsroom.com |Ghana

Gbane Chief calls for more mining investors into his community