We Are Social and Hootsuite compiled a report on digital usage across the globe and revealed that 67%, or 5 billion people, are using a mobile device of some sort. 80% of handsets used are smartphones. 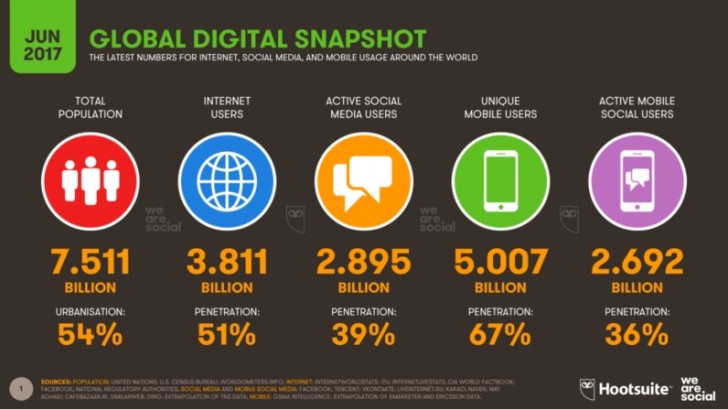 The amount of social media users is going up proportionally to the numbers of global digital users. Facebook is used by over 230 million people in the US. Another notable growth comes from Indonesia where the active users reached 117 million.
Interestingly enough, the total number of Facebook monthly active users stood at 1.938 billion, representing a 2.5% decline. Still, there’s no reason to panic as analysts say the social media will keep going strong to reach the 2 billion mark “in several weeks”.
Chinese users still have trouble with Facebook, choosing to use local alternatives instead. Over 870 million people in China use WeChat with 80 million new users joining in the last six months.

Before Kwame Nkrumah became Ghana's first president, this is how he spent his early days