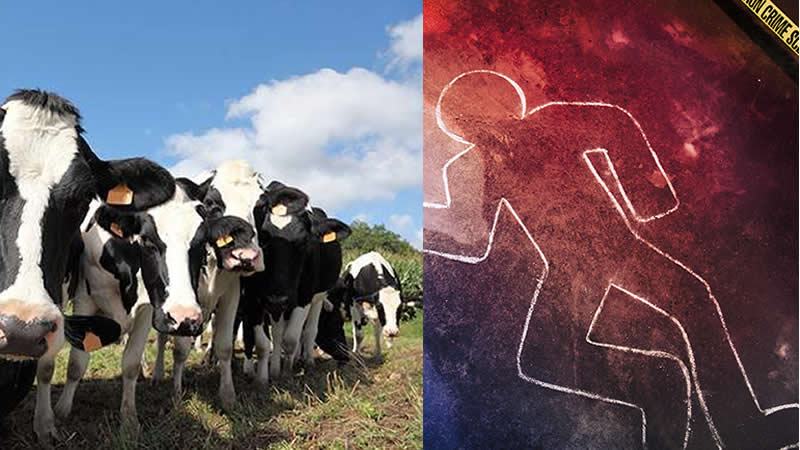 A 41-year-old herdsman, known only as Diago, has reportedly accepted ten cows as settlement for the murder of his five-year-old daughter, Memuna Diago.

Ziblima Larla, the alleged killer, presented the cattle as compensation for the murder of Memuna Diago, Joy News’ Isaac Nongya reported on Tuesday.

The incident happened at Kawankura in the West Gonja Municipality of the Savannah Region.

Joy News sources in the community where the incident happened say around midday on Monday, little Memuna, the deceased, left home to fetch water from a nearby stream but never returned after several hours.

This prompted her father, Diago, to trace the little girl’s steps to the stream where he found the lifeless and bloodied body of his daughter.

With the help of some members of the community, Mr Diago was able to immediately trace the drops of her daughter’s blood to the home of Ziblim Larla.

Ziblim became a key suspect after the search party found drops of blood on his feet, Joy News sources explain.

Subsequently, the owner of the kraal – i.e. the enclosure where the two herdsmen keep their cattle and sheep – a man named only as Alhaji Masahudu, stepped in to mediate the matter and ordered the two men to settle the matter amicably.

Alhaji Masahudu, residents explain, is the master of the suspected murderer and the murdered young girl’s father.

After a meeting, an agreement was then reached between the father of the murdered girl and the suspect, where the suspect was asked to make the settlement of ten cows.

Murder is a criminal offence in Ghana and must be prosecuted by the state, but police say they are yet to effect any arrests.

Joy News is keeping an eye on the matter and will accordingly provide updates on how it proceeds.