The Algeria international has scooped the prestigious award after a phenomenal season that has seen him score 17 times, with 11 assists, to help Leicester to the top of the table

Riyad Mahrez has been named the PFA Player of the Year for 2016 seeing off competition fromLeicester City team-mates Jamie Vardy and N’Golo Kante and Tottenham’s Harry Kane to scoop the prize.
The Algeria international has been inspirational for Claudio Ranieri’s side this season with his 17th goal of the season on Sunday helping them move eight points clear at the top of the table after a 4-0 win over Swansea City.

Mahrez has also contributed 11 assists for the Foxes, who remain hot favourites to win their first ever Premier League title with just three games left to play. 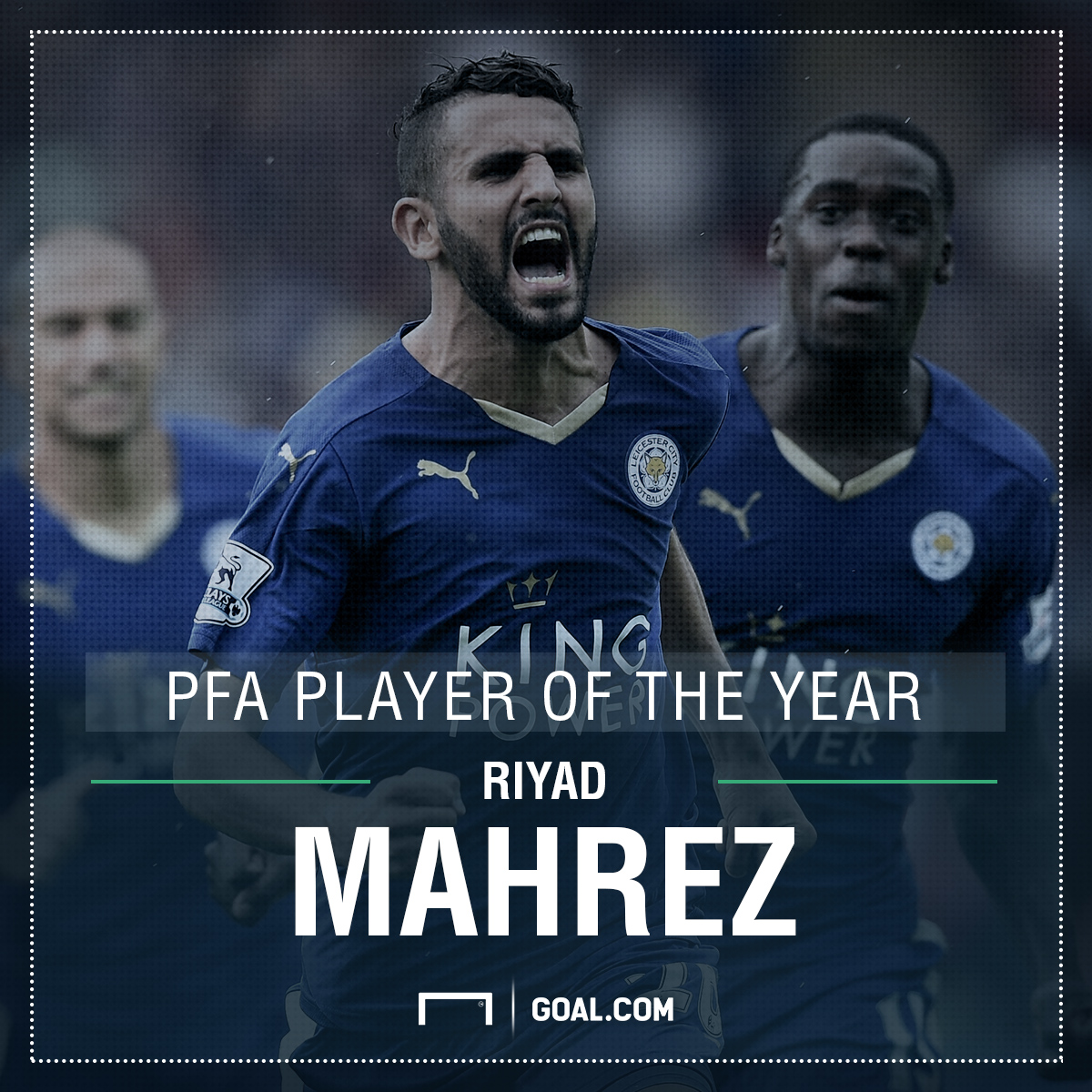 The Algeria international’s Leicester team-mate Jamie Vardy came second in the vote with Tottenham striker Harry Kane finishing third.
“It’s extra special because if the players vote for me it’s because they’ve seen I’ve been great this year so I’m happy,” said Mahrez on accepting the award.
“Without my team-mates I wouldn’t get this award. We are like brothers, it’s everywhere on the pitch. That’s our strength.
“If sometimes we are not good, we know we are going to run and make the effort for our team-mates. That is the secret of our success.”

Mahrez is Leicester’s first-ever winner of the award and also makes history by becoming the first African player to pick up the accolade.
The 25-year-old Algeria international is also the first winner not to play for Arsenal, Chelsea, Liverpool, Tottenham or Manchester United since Newcastle United’s Alan Shearer in 1997.
Elsewhere, Tottenham midfielder Dele Alli was named Young Player of the Year, Jamie Vardy received an award to recognise his record 11-game Premier Leageue goalscoring streak and Ryan Giggs received the PFA Merit Award.

Hiddink: Hazard was depressed but is now very happy to stay at Chelsea

How to Discover and Achieve Your Personal goals