Facebook Messenger just keeps on adding features. The latest one is called Instant Games, and it’s been announced today. It’s exactly what it sounds like – you can play some games “instantly” against your friends. Currently there are 17 titles available (seen in the image below), in 30 (unnamed) countries, on the web, as well as for devices running Android 5.0 or later and iOS 8 or later. 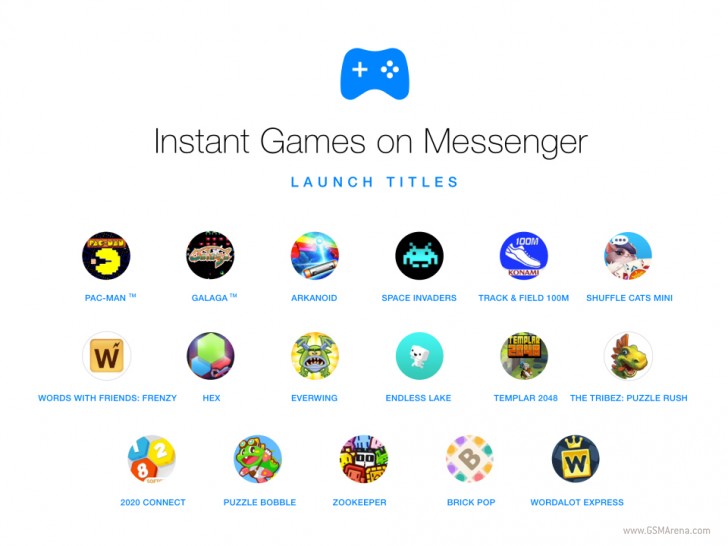 Facebook is expecting more games to be available soon from more developers. To play the current selection, just go into a conversation in Messenger (if you have the latest version) and tap on the new game controller icon just below where you type your message. Then choose a game and you can start playing immediately. After you finish a round, the people in that conversation will see your score and will get the opportunity to challenge you back.
Games are also discoverable through the search function in Messenger, as well as in Facebook’s own News Feed, where you can play solo or challenge your friends back in Messenger. Games on Facebook Messenger have score-based leaderboards, in-context chat, and group thread conversations. Since the games are written in HTML5, they run inside Messenger, there’s no need to download anything else.

Denfense Minister has no hand in Chereponi Conflict – Salifu Saeed