On this day in 1973, Guinea-Bissau declared itself an independent state from their colonisers, Portugal. The declaration also saw the small African country separated from Cape Verde.

For Guinea-Bissau, the fight for independence began in 1956 with the formation of The African Party for the Independence of Guinea and Cape Verde which started out as a peaceful movement. It sparked the bloody War of Independence which spanned from 1963 t0 1974 before the Portuguese finally recognized Guinea-Bissau as an independent state.

The word “Bissau” was added to their name to differentiate them from Guinea which was then a French colony.

Before all this, Guinea-Bissau had been captured by the Portuguese and named “Guiné de Cabo Verde,” with Cape Verde serving as the main port for slave trade since its invasion in the 20th century.

Long before the invasion, what is now known as Guinea–Bissau existed as the powerful Kingdom of Kaabu that survived for close to 800 years, first as a settlement, then under the Mali empire and later as an independent state from 1537 to 1867.

According to the oral history of the Mandinka settlers, they arrived in present-day Guinea-Bissau and lived there peacefully tending to their farms and expanding until the Mali Empire invaded their space in the 1230s and made Kaabu a province under the Mali Empire. 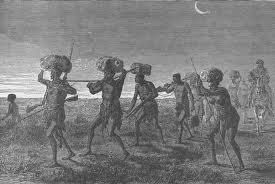 Despite the invasion, the Kaabu Empire survived as a state independent in governance and social structure. Many of the youth were assimilated into the Mali Empire’s military which had been awed by the strength and independence of the people of Kaabu. This gave them more prestige and the privilege of movement thus enhancing the state’s economic development.

The decline of the Mali Empire in the 16th century saw the rapid rise of the Kaabu Empire. Due to the weakening of the Mali Empire’s structure and military, many of its provinces were captured by other empires such as the Songhai.  However, the Kaabu state survived thanks to its strong military. To date, the empire has been described by Western historians as the kingdom that arose from the Mali Empire and continued in its path. 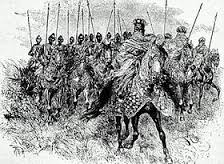 In 1537, the Governor of Kaabu, Sami Koi declared the state independent and became the first ruler of the Kaabu Empire.

Thanks to its strong military and independent governance structure, Kaabu Empire flourished and expanded to become one of the longer lasting economies in the history of West African empires.

Despite Arab invasion, the Empire resisted the new religion and preserved its social structure and culture with great pride. This could be the reason oral history is still prevalent and accurate in modern Guinea-Bissau, only comparable to the Byzantine Empire which preserved its history, according to historians.

For their peace and culture which they displayed with pride, Kaabu was admired throughout West Africa. However, they were envied by the Arabs and other invaders who attempted several attacks but failed until 1868.

According to history, a war broke out between Kaabu and the Imamate of Futa Jallon, which had started raiding the kingdom frequently. The war peaked at the Battle of Kansla in 1868. For 11 days, the Fula people of Futa Jallon laid a siege to the fortress of Kansala and slowly pushed the Nyanchos of Kaabu to fire against them.  An all-out war broke and Fula were able to enter the fort, making most of the Mandinka kill themselves by jumping into wells rather than become their slaves.

Janke Wali, the leader of the Fula ordered the burning of the gunpowder stores, an act which killed more than half of Kaabu military and weakened their defence. They surrendered to the Fula and became a province 1887 until the Portuguese invaded the lands and took absolute control.

The ancient people of Kaabu Empire have since the 1200s shown great independence and pride in their culture, and this is significantly identified in their political history and their journey to freedom from the Portuguese in 1974.

GGBL introduces Black and White Scotch whisky to the market

For marrying a white woman in 1948, this African chief was forced to give up his throne by the British

3 Books to Help You Create a New Lifestyle that Lasts

Veep donates to Wa School for the Blind

Students And Parents Must Sign Bond Of Good Behaviour To End Indiscipline In SHSs — Prof. Millar Suggests To GES