Camera-centric smartphones are said to be the main trend this year. Therefore, we’ve been seeing many handsets equipped with excellent snappers (20MP and more) launched these days. If you also have interest for them, let’s check out the following list!

Firstly, let’s meet ZTE Axon 7. According to the invites sent out by the company to the media, the phone will be coming soon. Before that, ZTE Axon 7 has appeared on TENAA page with some detailed features such as a Snapdragon 820 chipset, 4GB of RAM and 64GB of expandable ROM.


In addition to ZTE Axon 7 specs, there will be a great combo of 20MP rear plus 8MP selfie camera, a 5.5-inch 2K display, and Android 6.0.1 Marshmallow OS out of the box on board to help power the machine. In general, this is a strong device you may want to look forward to. So, let’s wait for the launch which is just two weeks away. 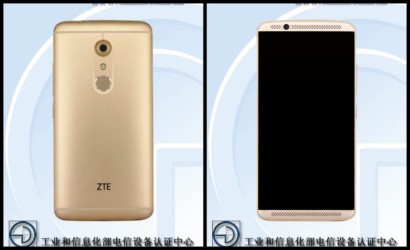 Sharp Aquos Zeta SH-04H is the next member in the house to sport a true edgeless display. According to the latest report, it will be run by a Snapdragon 820 quad-core chipset, 3GB of RAM, 32GB of internal storage (expandable up to 200GB), and a 5.3-inch IGZO Full HD screen. Those are decent specifications, but the real speciality of the Aquos Zeta SH-04H is its 22.6MP primary snapper with Ricoh GR lens certification. It can focus in just 0.4 seconds and produce high-quality images as well as 4K videos. Other Sharp Aquos Zeta specs are a 5MP front cam, capability of being water and dust resistant, a 3,000mAh batt, Android 6.0 Marshmallow OS, and a fingerprint sensor built in the power button. 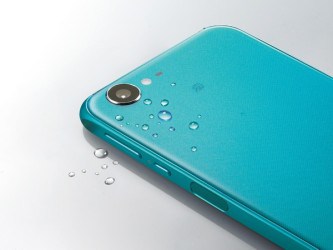 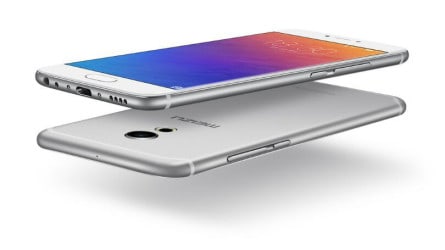 In terms of Acer Liquid Jade 2 specs, there are a 5.5-inch Full HD Super AMOLED Full HD screen, a dual SIM, Android 6.0 Marshmallow OS, a Snapdragon 808 chip, DTS sound tech, 32GB ROM (expandable up to 200GB) paired with 3GB RAM under the hood. To take photos, you can use either its 21MP rear with autofocus plus dual LED flash or 8MP front-facing snapper. They will give you good shots. As for battery, unfortunately, no word has been made for that. Then, let’s wait for the firm’s announcement.

It is one of the newest 6GB RAM machines launched in April. LeEco Le Max 2 specs have a big 5.7-inch Quad HD display, a Snapdragon 820 chip set, EUI 5.5 based on Android 6.0 Marshmallow OS, and a 3,100mAh batt with Quick Charge 3.0 tech. Not stopping there, the Max 2 also gives us a dual SIM, 4G LTE network, a USB Type-C port, and two choices over RAM and ROM capacity: 4GB RAM + 32GB RAM and 6GB RAM + 64GB ROM. In terms of photography, you can use either its 21MP Sony IMX230 main or 8MP secondary camera to take pictures.

Sony Xperia X Performance specs offer a handy 5.0-inch Full HD display, a Snapdragon 820 processor, Android 6.0.1 Marshmallow OS, 32GB of internal memory (expandable up to 200GB), and 3GB of RAM. Under the hood, we have a 2,700mAh battery and a combo of 23MP main (supporting f/2.0, 24mm, PDAF plus LED flash) and 13MP secondary (f/2.0, 22mm, 1080p plus HDR) camera taking part in powering the entire device as well. Furthermore, some interesting features like High-Res audio tech for best sound quality, IP68 certification for being dust and water resistant (over 1.5 meters and 30 minutes), Triluminos tech for brighter and sharper display without jagged edges also get on board to bring users great experience.

Spec-wise, the newest report told us that the handset will boast a new octa-core chip set of Huawei called Kirin 960. Not stopping there, Huawei Mate 9 specs will include LTE Cat.12 support and an up to 20MP dual rear camera. Apart from those specifications, unfortunately, the rest of the Huawei Mate 9 specs are still unknown for now. Hopefully more information will come in the next weeks. 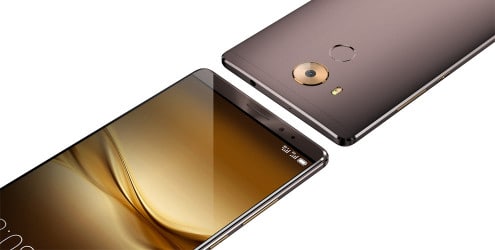 Next, we’ve got LeEco Le 2 Pro which is a phablet equipped with a 5.5-inch Full HD display, Android 6.0 Marshmallow OS, 32GB of non-expandable ROM, 4GB of RAM, and a super cool Mediatek Helio X25 deca-core chip. Moreover, LeEco Le 2 Pro specs have a dual SIM, a 3,000mAh cell, a USB Type-C port, and a gorgeous combo of 21MP rear-facing (with f/2.0, PDAF plus LED flash) + 8MP front shooter. Overall, this is an excellent model in terms of hardware and design. Nevertheless, please keep in mind that there is only one Rose Gold color option for you to choose.

Coming up next is Meitu V4, a camera-centric beast smartphone due to sporting a 21MP selfie and a 21MP primary camera. Wow, we are so curious about images taken by this machine. Apart from them, the V4 features a 5.0-inch Full HD AMOLED screen, a 2,650mAh cell, Android 5.1 Lollipop OS (upgradable to Marshmallow) with MeiOS 2.5 on top, a MediaTek Helio X10 processor, 3GB RAM, 64GB ROM, and 4G LTE connectivity.

Finally, it is Sony Xperia M Ultra. Although the manufacturer has not confirmed the coming of the M Ultra yet, some of its specifications have been revealed. Specifically, it will have a Snapdragon 652 processor and a big 6.0-inch Full HD display which somehow reminds us of Sony Xperia C5 Ultra. In addition to Sony Xperia M Ultra specs, a USB Type-C port, a fingerprint sensor, 3GB of RAM, 32GB of ROM, and a large 4,280mAh battery are also claimed to be on board. About camera, the main one is capable of 23 megapixels and the secondary is said to be up to 16 megapixels. Awesome, huh?!

Is he/she Worth it?

Work to resume on Bolgatanga- Bawku-Pulmakom road in three months